Learn tips and tricks that Mark has figured out over his 30+ years in the entertainment industry, and that have been gathered from the best MCs around the world by Mark Hayward and juggler/teacher Matt Hall. MCing a show can seem like an overwhelming task, but once it is broken down to individual pieces, it is much more manageable. You will leave this workshop with the understanding of the tools you need to be a great Master of Ceremonies. 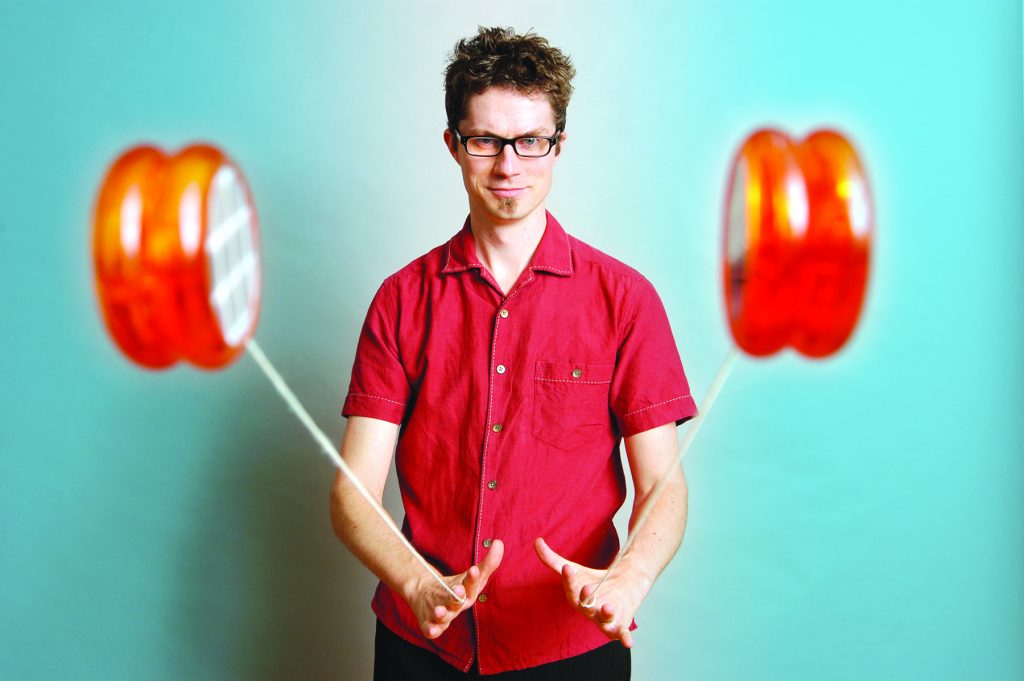 As a baby, Mark Hayward was lost while on a safari with his parents through Zaire in central Africa. At some unknown point, Mark fell out of the vehicle and could not be found. He was raised by chimpanzees until the age of 14, when he was miraculously reunited with his birth parents. Mark still sometimes tells stories of his adopted parents, Coochie and Bobo, from his days in the rain forest. Some people feel that this early experience was instrumental to his becoming a performer and funny guy.

About Mark for Real…

Mark Hayward was born and raised in Madison, Wisconsin. His childhood was no more or less eventful than other children, except, perhaps, being told at around age 10 that he would grow up to be a baton twirler. Once Mark got over the trauma of the suggestion that he might grow up to be a girl (as he perceived it), he was well on his way to becoming a professional comedy juggler, yo-yo performer, and all-around funny guy. In high school, Mark was given a Hummingbird Hol-Yo-Gram yo-yo in his stocking at Christmas. The same day, a friend received a copy of the book The Complete Juggler. Soon a high school juggling club was formed, and the journey toward skill toy mastery went into high gear. Mark’s first juggling performance was a year later, at the end of his senior year at West High School, with a troupe of five guys cleverly named “The West High Jugglers.” Later, The West High Jugglers performed on State Street in Madison and at the Farmer’s Market, but now with a slightly different roster and a new name: the “Gemini Jugglers” were born.

In college, Mark was an art major but continued to perform with a high school cohort as the Gemini Jugglers. After a summer of street performing in New York City and two years of working in the Madison area, the Gemini Jugglers disbanded and Mark continued his studies at UW-Madison. Intending on a career in art, Mark began a degree in metalsmithing in the graduate program at the University of Illinois at Urbana-Champaign. At some point during his graduate studies, Mark was offered actual money to do two yo-yo shows. The choice was easy: Mark left school and became a professional juggler and yo-yo guy.